Here at Luna, we believe that music is not only the universal language but a powerful healing force. Meet Wolf Critton, an Iraq veteran and Connecticut based singer-songwriter who is breathing proof. Music started out as a therapeutic way of finding his voice and the result were songs that are honest, authentic and compelling. Luna sat down with Wolf to ask him about his musical journey.

Where are you from and what music influenced you growing up?

I grew up in Harlem, NY. I would have to say my parents were my inspiration, my mom was always singing to me and my brother. It was my Dad that introduced me to Led Zeppelin, Jimi Hendrix and The Eagles. Although during that time poetry was my muse.

Your Vista Wolf is obviously the perfect guitar for you given your name. When did you take the name Wolf and why?

Wolf was given to me by the same man who introduced the guitar into my life. During my tour in Iraq I was so closed off he would call me "lone wolf". He said it was because I was loyal but kept my distance from the pack. Next thing I knew the whole unit was calling me that, so I embraced it. When he saw that I was communicating less and less he put the guitar in my hands. The first note I played changed my life forever. The guitar became all of my heart, pain, love and spirit. All I needed were words to go with them.

The Vista Wolf is beautiful.. when I saw first saw it, I instantly saw a picture of me in the desert of Iraq. As an artist, having an instrument that matches your personality and story is priceless. So to say I fell in love with the Vista Wolf is very accurate.

Tell us a bit about your service in Iraq and how it influenced your music..

I was an 11 Bravo aka Infantrymen. I couldn't and wouldn't give too much detail that I experienced but I will say lots of loss. One of those losses was the death of my Brother in Arms who gave me my name and my first guitar.

How did music allow your voice to come out when it might not have otherwise?

Everyone needs that pillow to scream into or shoulder to cry on my guitar was there for me while I sat in my trailer as the base was being bombed. If I didn't sing with it, it would have been a form of betrayal "give what you're given"

Based on your own journey, can you express how playing an instrument can help veterans suffering from PTSD? Or do you have any advice for other veterans that might be helpful?

To my brothers and sisters in arms the best advice I can give is this.... Stay busy, keep moving and never sit around in deep thought of what you've been through. Keep your mind and spirit busy with anything that makes you happy. For me it's music another friend of mine collects coins. Replace loss with life.

In an interview you were quoted as saying: "I don't want to be famous, I want to be heard" What did you mean by that?

I am just as happy playing on stage as I would be playing at a train station. I want to change lives by people knowing I've been through rough times too. I don't want to be an image, I want to be a testimony of life.

Who is the biggest inspiration in your life?

I have met many great people since I started, but the ones who were there from the beginning were my family. TJ, my brother Daniel, Terri Robinson and my team "Trak To The Future", T-Wiz, Phil Vazquez and my Facebook friends.

What's something that gets in the way of your creativity and how do you move through it?

I would say self management , there is a lot of things a solo artist has to do in order to reach as many people as possible. From booking, schedules and interacting on all social sites. However I was taught to never rush inspiration and let creativity come when it's ready. But to have a label or manager would Be a great thing.

Music has been personally therapeutic for you. What direction do you see your music going in the future?

My favorite quote is "Do you wanna make God laugh? Then tell him your plan." I'm going were the guitar points.

Anything else you would like Luna fans to know about you?

My favorite food is hot wings, I love the fall season and if I could I would inject red bull into my blood stream!

Describe your life (so far) in 6 words.

Sharing my heart with six strings.

Learn more about Wolf on his official site:wolfcritton.com 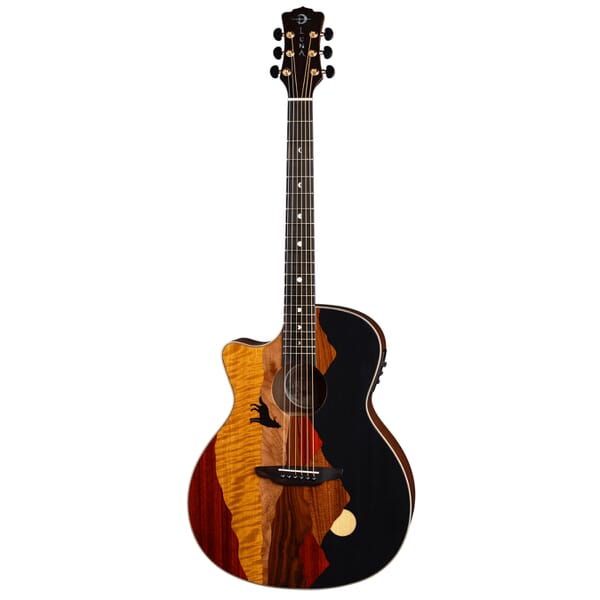 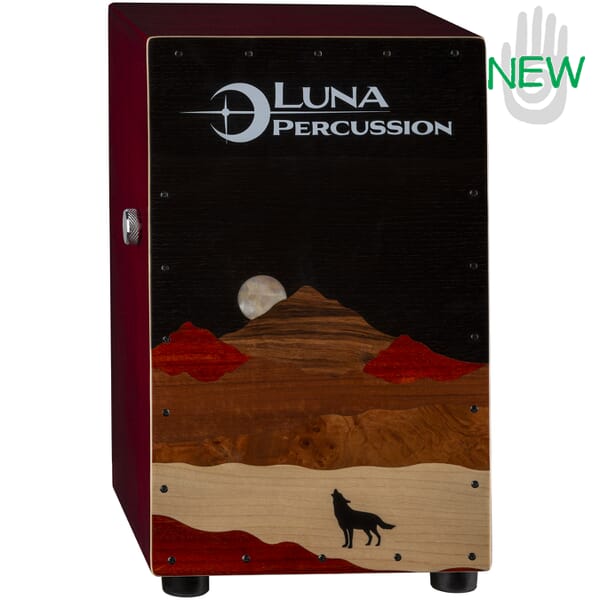 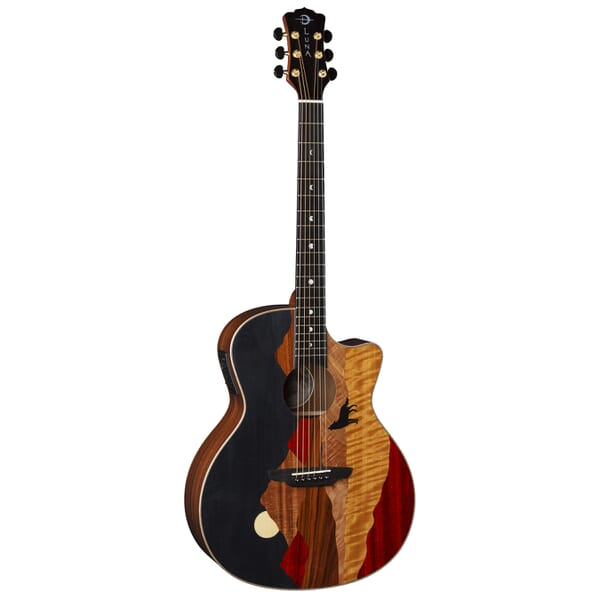 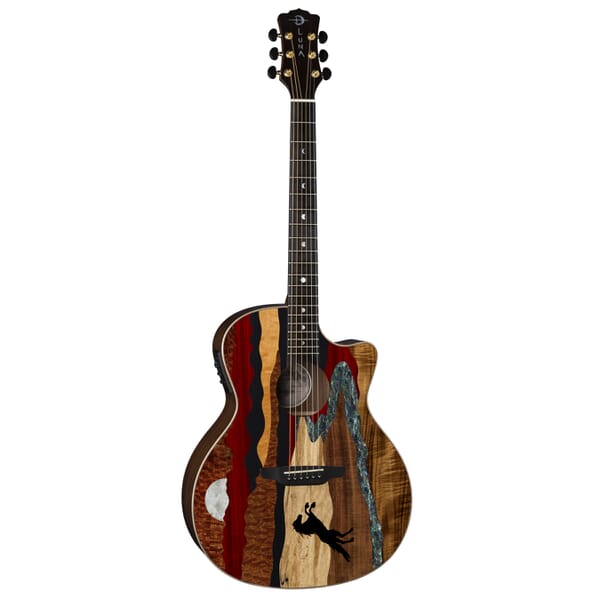 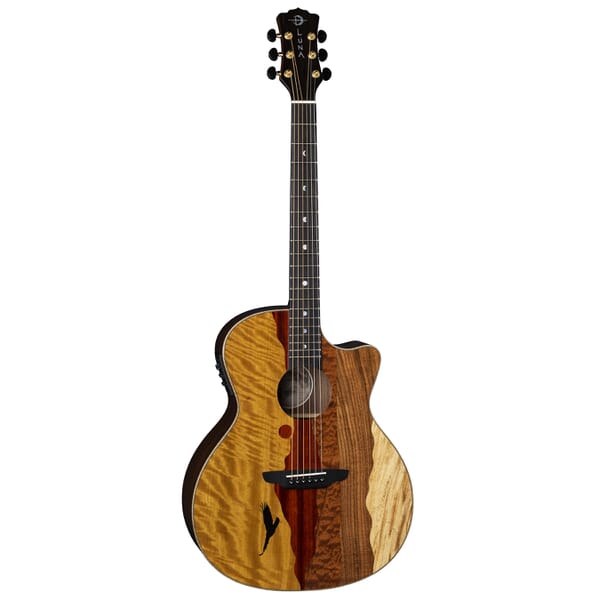 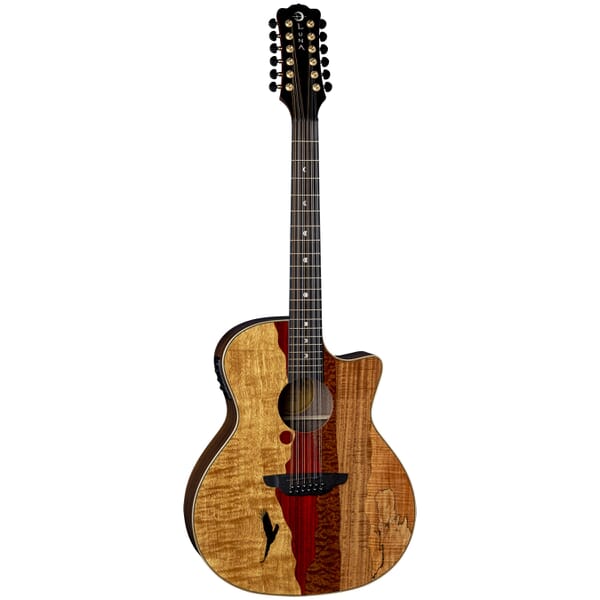 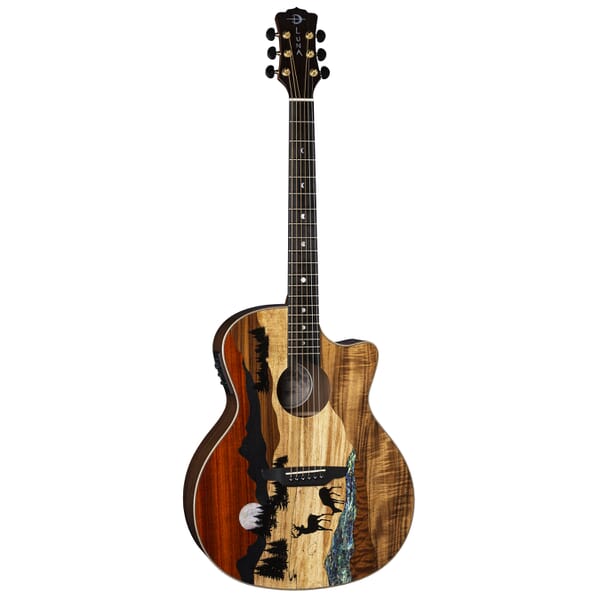